Where to start…our blood is boiling 🤬 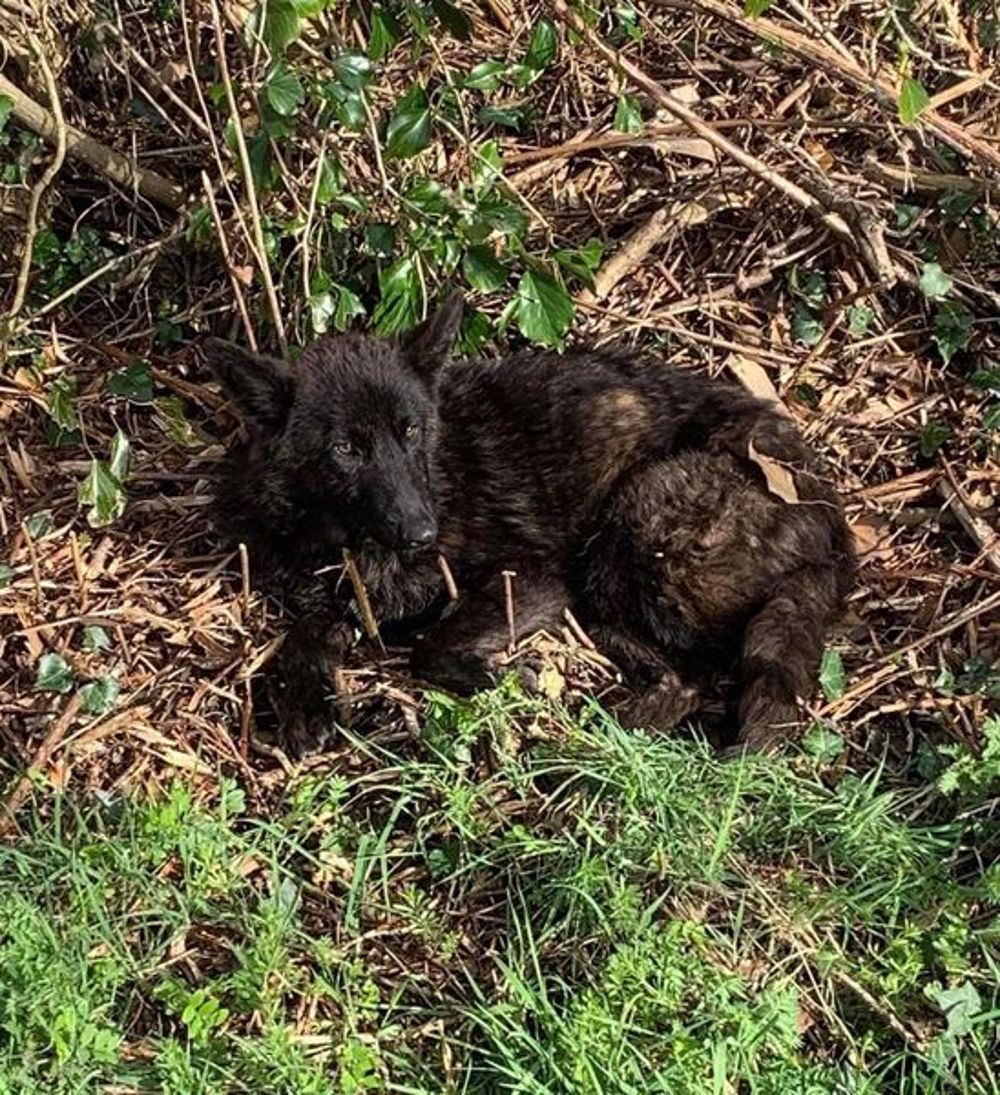 So, yesterday evening we received a message from a man who was out treking on his horse and found a dog lying on the grass, hiding. He couldn’t get close but could clearly see the dog was scared, sore and unable to move comfortably so a volunteer went to the area to help. Thankfully he was still there, but it was unclear, from his long dirty coat, where he was hurt or injured and when picking him up you could feel every bone in his body. When we got him back to foster we could feel lumps and open wounds on his neck so we felt it best to shave him down (luckily his foster is a groomer). To our horror this exposed a body of weeping infected wounds, mainly the neck area. We at first thought he was attacked until we realised that in the wounds surface and deeper he was covered in pellets. He has been shot with a shot gun and the initial gun shot wound was massive but the pellets of the rest covered his body. This dog has been shot, no doubt at close range. He was being shot to be killed and as a result he was left scared, sore and alone in a hedge until he was found. 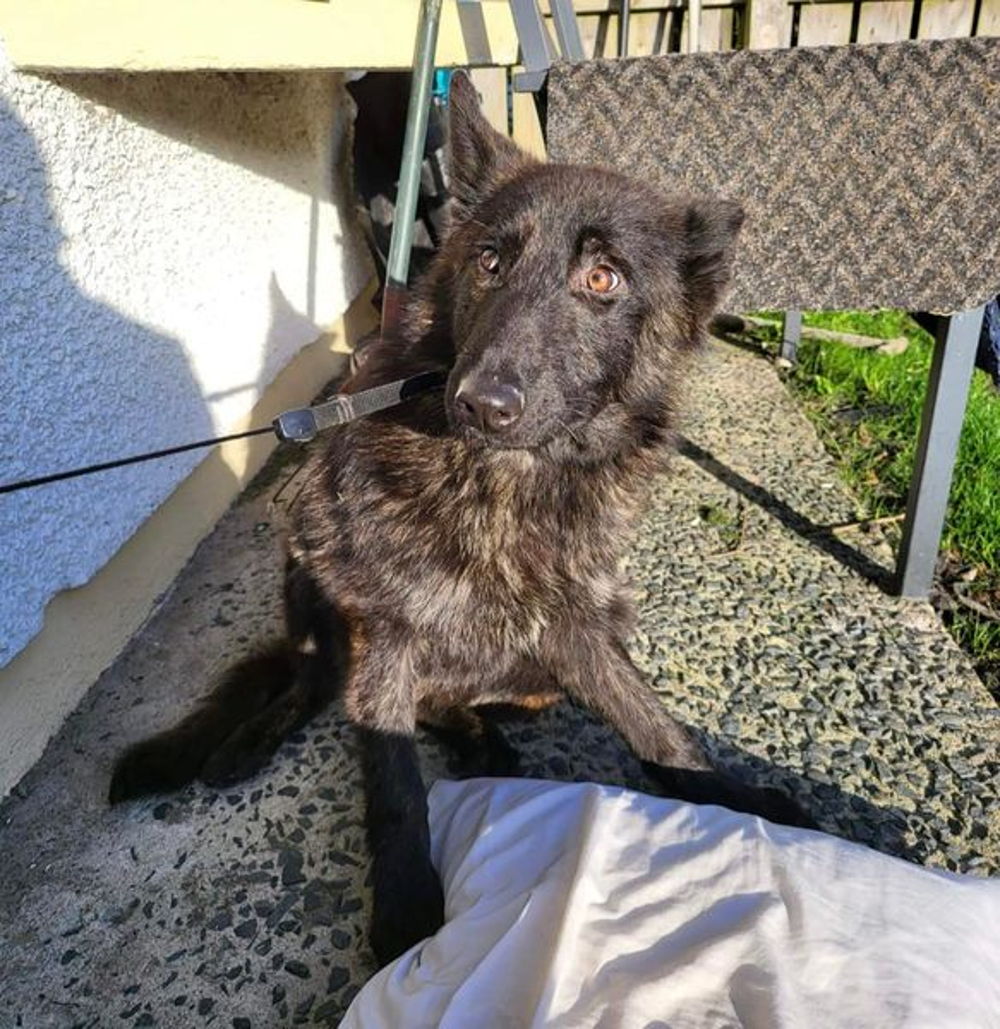 When he arrived at our vet's, our vets were very upset by his state. He is only 13 kg and at most this boy is 6/7 months old…he is only a f*$king baby! He was given fluids as he was very dehydrated and anaemic but we needed to X-ray him to see the extent of the gunshot wound. As you can see from the X-ray below, there are dozens of pellets, we stopped counting at 88 pellets….there is too many. He has over 40 wounds on his neck alone all which had to cleaned, flushed and closed under sedation today. He also had a large thicker piece of decaying tissue removed from his left hand side, that you can see in the X-ray below. Our vets got as many of the pellets out as they could. After surgery he was extremely cold so he was put on heat pads, hot hands and wrapped in blankets and he came round well. He isn’t walking and we imagine this is because he is sore. He is a pitiful site. He will remain in our vets until he is feeling a little bit better but for now he is being monitored closely with regular fluids and pain relief 🙏🏻 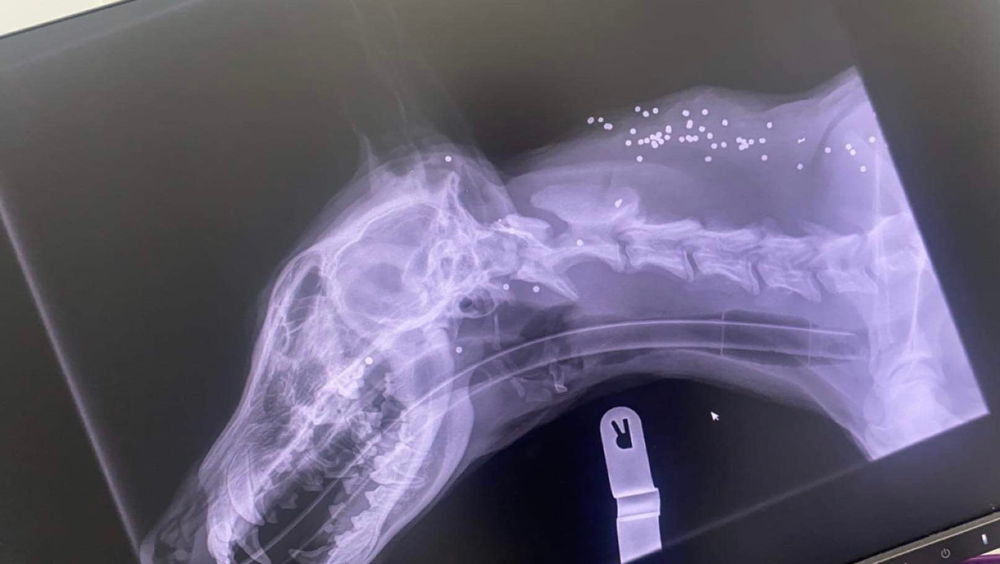 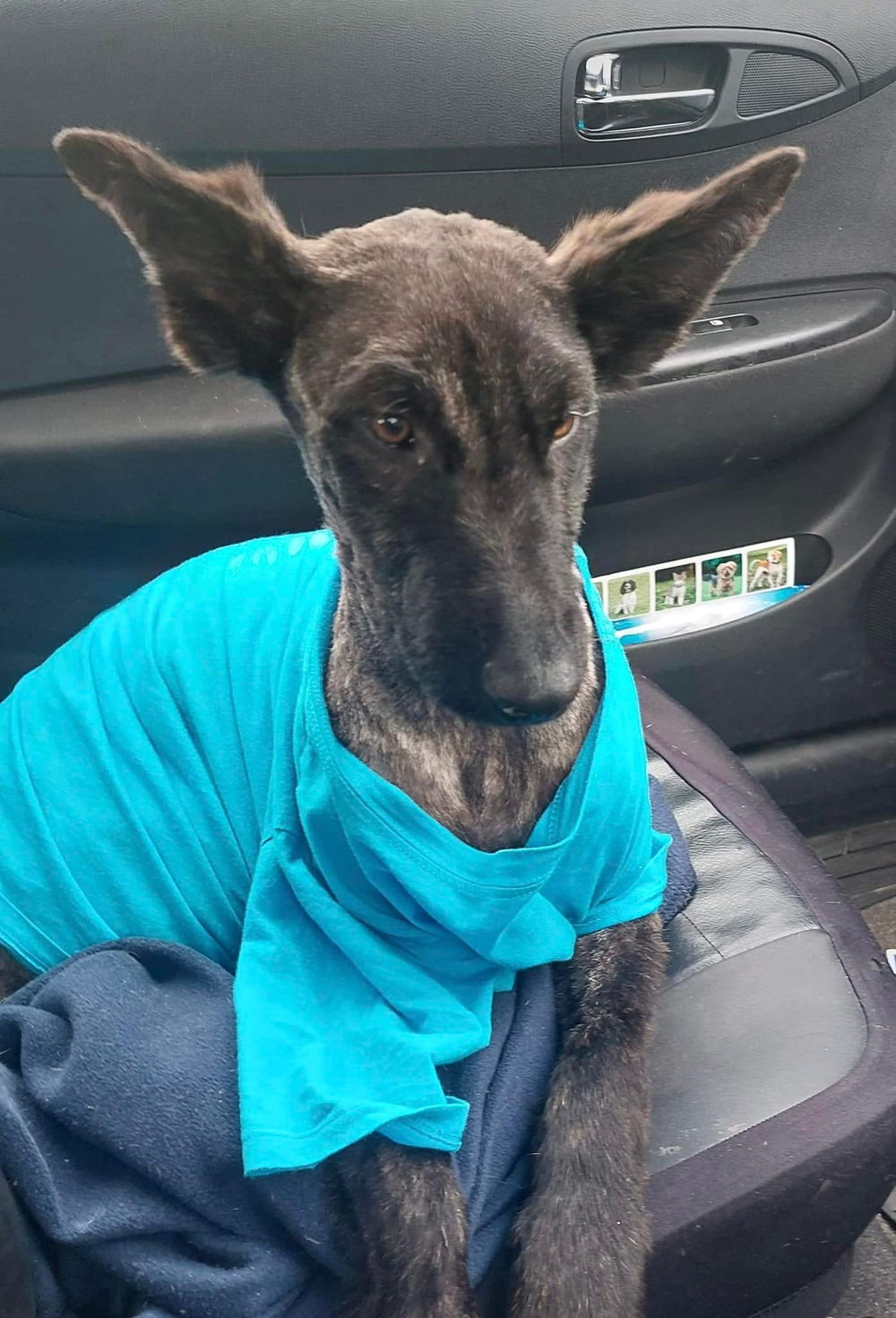 He isn’t neutered and he isn’t chipped…he wasn’t cared for and however this incident happened, it happened to him and as you can expect this wee gentle soul is traumatised. He knows we are helping him but he is so afraid. We can only imagine what his short life must have been like to find himself in this position. We can’t begin to imagine what would have happened him had he not been spotted. We know he was there to hide and probably didn’t want to be found, but he was too sore to get away. Although we know right now he doesn’t understand, but he will know in time that this is the beginning of what he always should have had, instead of the shit card he was dealt. In rescue people always think that you become hardened or used to it or ‘seen it all’ and sometimes it can feel that way but then we are heartbroken all over again. Over the festive period while we are all rightfully enjoying eating Easter eggs after visiting the Easter bunny, this is also happening in the world around us. He has no voice, no one is listening….we have got to protect the vulnerable, the ones who need us most and he is the prime example of why we do what we do ❤️

To donate to this special boy's care please contact our vets Vets4Pets Crescent Link in person, via phone on 02871314420 or click our PayPal or GoFundMe links below 👇🏻